Justin D. Ody was born and raised in San Diego, CA. He attended San Diego State University and earned a Bachelor’s degree in Kinesiology with an emphasis in Athletic Training and Sports Medicine. He began his career in the medical field at Sharp Memorial Hospital Emergency Room as a medical assistant while also working with a group of orthopedic hand surgeons.

Justin followed in his parent’s footsteps and moved to Maui with his wife in 2009. He joined the KWMC team as a nurse and referral coordinator while he pursued his goal of becoming a Physician Assistant. He earned his Master’s Degree in Physician Assistant Studies from the University of Pittsburgh in 2013. After graduation, he was honored to return to KWMC as a primary care provider to practice premium quality medicine to the community where he and his family are setting their roots.

Justin enjoys spending as much time as he can outdoors with his two dogs and wife hiking, camping and landscaping. He also enjoys Face Timing with his beautiful nieces and family on the mainland. 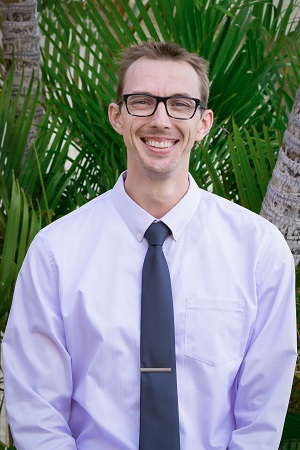